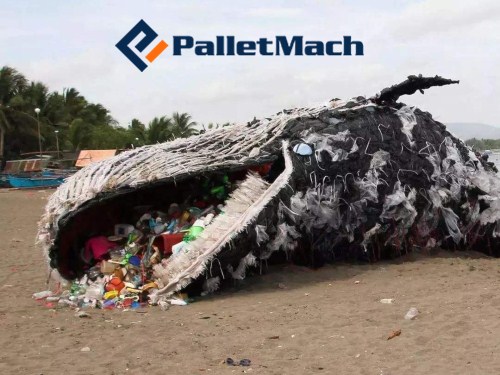 More than 250 companies and groups signed on to a plan 29 October from the Ellen MacArthur Foundation to make their packaging much more environmentally friendly. And they are including some of the world’s largest consumer goods makers and plastics packaging firms.

The commitments came during the 2018 Our Ocean Conference, held in Indonesia. And they also included pledges that by 2025, 100% of plastic packaging be reusable, compostable or recyclable. As well as moving away from “problematic” packaging and using significantly more recycled plastic in packaging.

For example, the maker of brands said it would triple the amount of recycled content plastic packaging — from 10 million kilograms to 30 million by 2025. As it expands the use of refillable concentrates and works to boost the recycling of plastic film in curbside systems.

“Together with the Ellen MacArthur Foundation and other global organizations, we are making ambitious commitments and taking united action to create a new plastics economy that helps stop plastic from becoming waste,” said Fisk Johnson, chairman and CEO of Racine, Wis.-based SC Johnson.

But, the good news is that it is been spearheading global campaigns aimed at rethinking plastic packaging and reducing waste. Also, it’s received sizable commitments from the plastic industry.

“This isn’t cleaning up the beaches, in the case of plastic, a little bit faster. That’s vital, that has to be done,” she said. “But you need to stem the flow and go to the beginning of the system.”

It signed the agreement as a supporter but wanted to see more specifics, like calling for producer responsibility to raise recycling rates.

Without strong transparency rules, companies will be able to backslide on commitments. But it was positive that companies are publicly recognizing the need to eliminate “problematic” plastic packaging. Besides, it also reduces single-use packaging and move to reuse models, and protect “informal sector workers” who collect packaging in developing economies.

While elements of the EMF Global Commitment are moving in the right direction. The problem is that companies are given the flexibility to continue prioritizing recycling over reduction and reuse. Corporations are not required to set actual targets to reduce the total amount of single-use plastics they are churning out. They can simply continue with business as usual after signing the commitment.

The pressing need for our industry to play a leading role in tackling the issue of plastic waste.

The group said that some of its members are already working individually, and it said it would as a group develop specific “pre-competitive” areas where its companies can work together to improve plastics packaging, including design, recycling, and reuse systems and consumer engagement.

The challenge of plastic waste is real and urgent, and best addressed through specific actions that CGF companies can take individually and collectively in partnership with governments, NGOs and the recycling industry. We’re committed to doing our part to ensure the plastic we need is safely and economically, reused, recycled or composted. 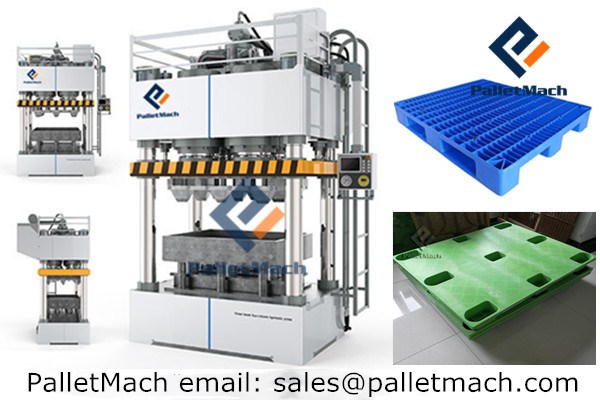 PalletMach is the leading manufacturer of plastic pallet machine in China. And we can help you to build your own pressed plastic pallets. At the same time, it also deals with plastics waste to produce the new plastic pallets. Some of the plastic pallet producers have already noticed it and applied this system in many countries, like Mexico.

What is the advantage of this plastic pallet business?

Please contact us for detail if you want to get the easy money. And our email is [email protected].