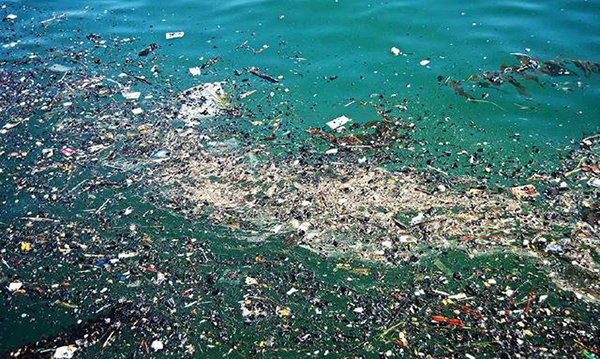 According to a study published recently in the “Science Report” magazine under the British “Nature” magazine, the Pacific waste, which is known as the “Eighth Continent”, is floating over 79,000 tons of marine plastic. This figure is almost 16 times higher than previously estimated.

Scientists at the Dutch Marine Clearing Foundation studied the huge marine plastics accumulation zone between California and Hawaii, the Pacific Waste Belt. The results show that the garbage here is far more than previously estimated, and that plastic particles are rapidly accumulating from the 1970 to 2015.

The team found that 99.9% of waste in the region is plastic, of which at least 46% is fishing nets. More than three quarters of all plastics are larger than 5 cm and include hard plastics, plastic sheets, and plastic films. Although plastic granules only account for 8% of the total mass of plastics, they account for 94% of the 1.8 trillion plastics floating in this area.

Although most of the bulky waste has been broken down into small pieces, the team was able to identify a small number of items including storage tanks, bottles, lids, packaging tapes, ropes, and fishing nets. The 50 selected samples had visible production dates: 1 from 1977, 7 from the 1980s, 17 from the 1990s, 24 from the first decade of this century, and 1 from 2010. . The researchers observed that only certain types of waste with sufficient thickness continue to float on the sea surface and accumulate in this area, such as common polyethylene and polypropylene, which are commonly used for packaging.

In addition to assessing data on 652 net wastes captured by 18 vessels, the scientist also analyzed multiple aerial images. Compared to previous studies using only vessel-based visual surveys, aerial images enabled more accurate counting and measurement of larger waste. This explains to some extent why their estimates are higher than those of previous studies. After the East Japan tsunami in 2011, the level of marine plastic pollution in the region was also rising.

The team also proposed that more research is needed to quantify the source of Pacific rubbish with marine litter and to better assess how long the plastic will float in this area.