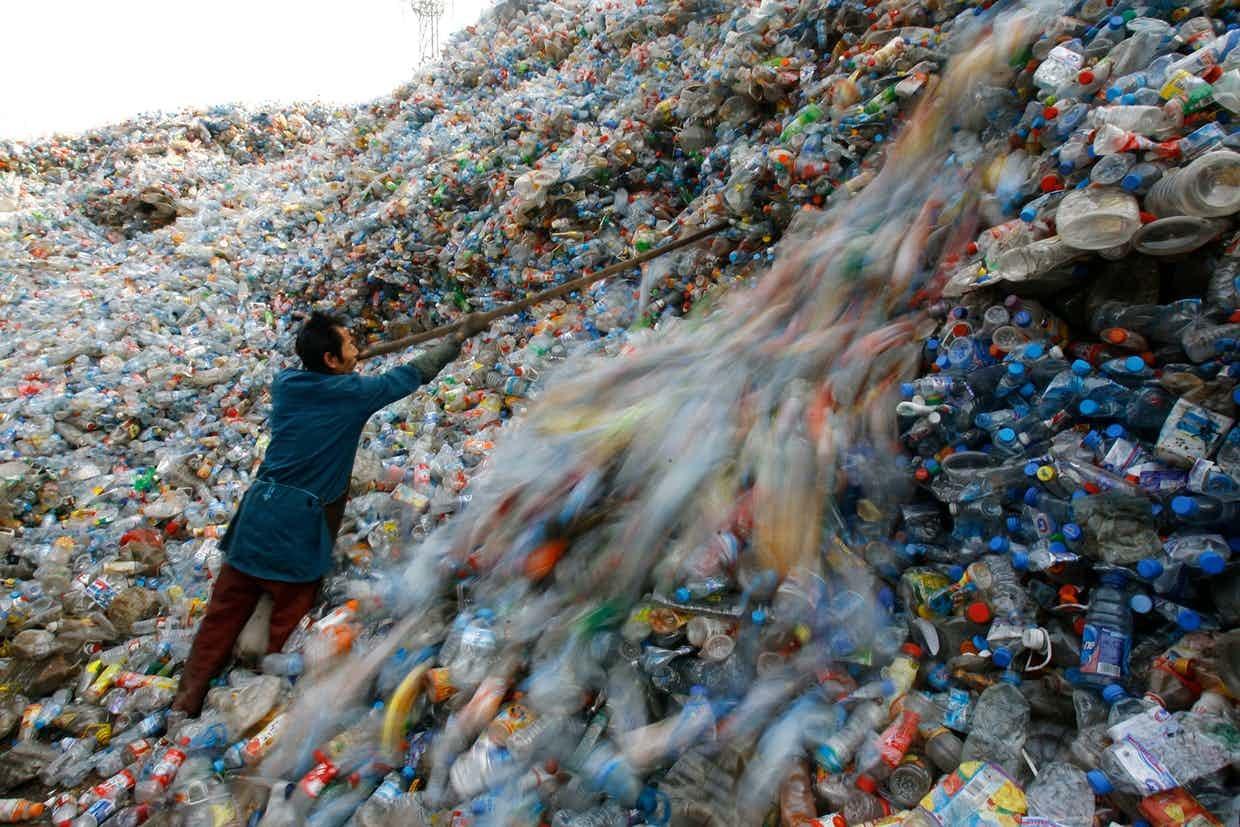 Recycling speed can not catch up with consumption, global plastic bottle pollution is shocking

The British “Guardian” predicts that by 2021, the global consumption of plastic bottles will reach 500 billion per year, far exceeding the efficiency of recycling, and the sea, coast, and other natural environments are facing the dangers of global plastic bottle pollution.

At present, the world consumes 1 million plastic bottles per minute, and this number will increase by 20% by 2021. Some environmentalists warn that the hazards of global plastic bottle pollution are as serious as climate change.

According to the latest data obtained by the Guardian, the use of plastic bottles has increased rapidly. According to the current speed estimate, the use of plastic bottles will reach 500 billion in 2020, equivalent to 20,000 plastic bottles consumed per second. Behind this alarming figure is the demand for bottled water and beverages in the modern world. The habit of bottled water consumption has originated in the West and has spread throughout the world with the development of urbanization in the Asia Pacific and other regions.

In 2016 alone, the global consumption of plastic bottles reached 480 billion, which was about 300 billion a decade ago. So many plastic bottles are connected end to end, the length can exceed half of the distance between the Earth and the sun. According to the latest global packaging trend report of Oerlikon International, global plastic bottle consumption will reach 588.3 billion by 2021.

The plastic bottle used for soft drinks and bottled water is made of polyethylene terephthalate (Pet), which is a highly recyclable material, but unfortunately, the speed at which people recycle plastic is far from catching up with plastics. The speed of global plastic bottle pollution.

Less than half of the plastic bottles consumed in 2016 were recycled, and only 7% of them were reused to make new bottles. Most bottles end up mixed in landfills or into the ocean.

The Alan MacArthur Foundation’s research shows that between 5 million and 13 million tons of plastics enter the ocean every year, and by 2050, the weight of plastic waste in the ocean will add up to more than the weight of fish. Plastic waste that flows into the sea is inevitably eaten by seabirds, fish, and other marine animals. Finally, humans feed themselves through the food chain. The University of Ghent, Belgium, has calculated that the seafood used by a seafood diners in a year may contain more than 11,000 tiny pieces of plastic. In August of last year, Plymouth University of the United Kingdom conducted research on British fish such as salmon, haddock, squid, and shellfish. It found that 1/3 of the body contained plastic waste. In view of the potential hazards of trace amounts of plastics in fish products, the European Food Safety Authority warned people last year about the safety of fish and called for urgent research.

“The transition to a truly plastic recycling economy is a huge opportunity to end the global plastic bottle pollution cycle, save billions of dollars, and separate plastic production from fossil fuel consumption,” she said.

“Current science shows that plastic cannot be effectively absorbed by the bio food chain. Plastics carry toxic substances into every link of the food chain and eventually onto the people’s table.” Surfers Against Sewage was originally initiated by surf enthusiasts, and the organization hopes to establish in the UK The fund is used to encourage recycling of plastics.

“Over the past 20 years, the production of disposable plastics has grown dramatically, and the associated control, recycling and recycling systems have not been able to keep pace,” Tagholm added.

“Plastic production will double in the next 20 years and quadruple in 2050, so we must act now,” Tagholm said.

Global plastic bottle pollution has caused more and more attention to the pollution of the global ocean system. Last month, scientists discovered plastic waste from the ocean currents on an uninhabited island in the South Pacific Ocean, totaling nearly 18 tons.

In the remote Arctic, serious marine global plastic bottle pollution has been found in the Arctic despite the small number of local residents. Earlier this week, British scientists warned that rubbish in rivers and seas was flooding on the British coast. Wildlife including elephants and puffins was affected.

The consumption of plastic bottles in modern society started in the 1940s. These petrochemical products take hundreds of years to degrade, and many of the plastic products produced in the 1940s are still alive.

On the production side, the vast majority of plastic bottles are produced by several major beverage companies. Coca-Cola refused to disclose its use of plastics worldwide, but Greenpeace disclosed that Coca-Cola produces more than 100 billion plastic Coke bottles per year, equivalent to 3,400 per second. Statistics from Greenpeace also show that the average bottled bottles produced by the top six beverage companies in the world have an average recycling rate of only 6.6%. Two of them did not intend to improve the use of recycling at all, and none claim to achieve 100% recycling.

As long as the manufacturer wants, beverage bottles can be made from 100% recyclable plastic (RPet). Environmentalists have voiced pressure and hope that large beverage companies will strive to improve the recycling of plastic bottles. However, the environmental group Recoup said that for the sake of brand image and sales, beverage manufacturers are reluctant to do so.

The British Plastics Federation (BPF) once demonstrated to the House of Representatives that using 100% recycled plastics to make bottles can reduce energy consumption by 75% compared to raw plastics. However, BPF also said that companies should not be forced to formulate recycling targets. “The recovery rate can theoretically reach 100%, and the implementation of the brand should also consider the impact of various factors.”

The Coca-Cola Company did not disclose the use of plastics in its products at the request of Greenpeace and said it was still considering this request. A company spokesperson said: “With the permission of the local countries, we will continue to increase the use of renewable plastics. 44 of the more than 200 countries in which Coca-Cola operates have the permission to use RPet in food packaging, and we will continue to These markets increase the use of RPet.” The spokesperson pointed out that although plastic bottles can be manufactured using 100% recyclable materials, there are not many plastics that can meet the food-grade quality requirements, and the quantity of RPet still needs to be improved.

“If we want to increase the number of recycled bottles, we also need an economic model that adapts to the recycling of plastic bottles,” said the spokesman.

Greenpeace recently visited the coast of Scotland and found plastic bottles almost everywhere along the way. Greenpeace believes that the six beverage companies need to do more to complete the recycling of plastic bottles and reduce the “plastic footprint” of the soft drinks industry.

Alove all, recycling speed can not catch up with consumption, global plastic bottle pollution is shocking, PalletMach provide a new type plastic bottle recycling solution,which is use it to produce plastic pallet,the cost is low and environmental protection,if you are interested in our plastic pallet machine,please feel free to contact us,we can customize different solution for you according plastic materials.