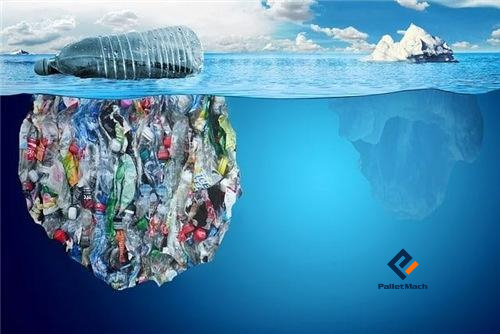 Plastics are both a boon and a bane to all humanity. On the one hand, they are strong, light, and flexible. On the other hand, they have created an environmental catastrophe of unimaginable proportions.

Hawai’i University researchers report the unexpected discovery that the most common plastics emit traces of methane and ethylene when exposed to sunlight.

Authors of a study conducted at Hawai’i University recently reported another good reason to redouble global efforts to beat plastic pollution: as plastics decay, they emit traces of methane and ethylene, two powerful greenhouse gases, and the rate of emission increases with time. The emissions occur when plastic materials are exposed to ambient solar radiation, whether in water or in the air, but in air, emission rates are much higher.

“Our results show that plastics represent a heretofore unrecognized source of climate-relevant trace gases that are expected to increase as more plastic is produced and accumulated in the environment,” the study concludes. 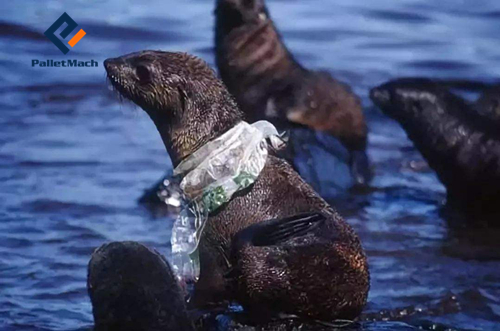 Plastic bags are the most harmful

Ethylene is widely used in the chemical industry and its worldwide production (over 150 million tons in 2016) exceeds that of any other organic compound. Much of this production goes towards polyethylene. Polyethylene, used in shopping bags, is the most produced and discarded synthetic polymer globally and was found to be the most prolific emitter of methane and ethylene.

Over the past 50 years, polymer manufacturing has accelerated, and it’s estimated that over 8 billion tons of virgin plastic have been produced since 1950. Current annual production levels are expected to double in the next 20 years.

“Given the expected growth in plastic production worldwide, it is important for plastics manufacturers, as well governments wrestling to curb climate change, to understand the extent of methane and ethylene emissions from plastic and their impact on ecosystems,” says Niklas Hagelberg, a UN Environment climate change expert.

Polyethylene, like other plastics, is not inert and is known to release additives and other degradation products into the environment throughout its lifetime.

For example, the additive bisphenol-A used in the manufacture of many plastic products is leached as plastics age, and hydrocarbon gases are produced during high-temperature decomposition (>202°C).

These chemicals vary amongst different types of plastic and, once released, some can be toxic and have adverse effects on the environment and human health. Degradation processes not only affect the chemical integrity of the plastic but also ultimately results in the fragmentation of the polymer into smaller units increasing the surface area exposed to the elements.

These findings provide additional fuel and legitimacy to the efforts spearheaded by UN Environment and its partners to fight plastic pollution. In 2017, UN Environment launched the campaign Beat Plastic Pollution – canalizing the efforts of like-minded organizations, governments and countless local authorities towards a plastic-free environment.

Methane must not be ignored

Plastics aside, anthropogenic emissions of methane have led to more than a doubling of its atmospheric concentration since the 18th century. Methane emissions due to human activity come from agricultural sources such as livestock, soil management and rice production, and from the production and use of coal, oil and natural gas.

We should reduce to use of plastics, plastic bags, and other plastic products, because we just have one planet.