The New Way to Deal With Waste Plastics–Making Shoes 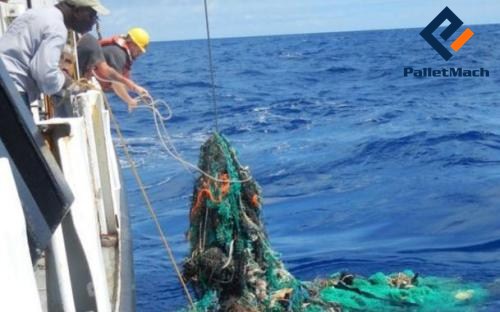 The New Way to Deal With Waste Plastics–Making Shoes

In an interview, Adidas CEO said that Adidas made the environmentally friendly shoes. And the main materials of these shoes are made from waste plastics recovered from the ocean and fishing nets on illegal poaching boats. This pair of sports shoes consumes an average of 11 plastics bottles per pair. Not only sports shoes, Adidas also made jerseys from waste plastics. In 2016, Adidas designed and produced jerseys made of waste plastic for two football clubs, Real Madrid and Bayern Munich. The information shows that the waste plastic used in the two types of jerseys came from the Maldivian coast. So far, Adidas has collected more than 6 billion tons of discarded plastic products. And it also provides a new way for the flow direction of waste plastics.

In the past, waste plastics were treated in the following ways: roughly recycling, landfill and ocean inflow. The data shows that Sweden is the country with the highest recycling and utilization rate of plastic waste. And Sweden has the complete garbage recycling system. It is almost possible to recycle and recycle all the plastic waste produced in the whole country.

In contrast, the recycling rate of plastic waste in China is relatively low. According to statistics, China uses about 80 million tons of plastic materials every year, and only 21 million tons of recycled plastic materials. According to this ratio, China’s plastic recycling rate is only about 30%. While China’s annual production of garbage is nearly 100 million tons. In 2016, China has built 14 billion of plastic bags, 3.2 billion of woven bags and nearly 60 million of plastic lunch boxes. But most of these plastic wastes were not recycled, and went to the other two treatment methods – landfill and ocean.

Landfill is not the better way.

Although landfill can solve the problem of plastic pollution, the problems caused by landfill cannot be ignored. It is landfill that making great efforts for the cleaning of the city. But it is also obvious that its impact on the surrounding environment. The most direct is the smelly smoke. The stinking water is turbulent, and the landfill garbage will produce garbage osmotic liquid. The garbage osmotic liquid contains a large amount of toxic and harmful substances. So that they will inadvertently flow into the underground polluted groundwater, affecting people’s lives.

According to the relevant environmental protection personnel, there is a giant “plastic vortex” composed of plastic garbage between the East Pacific Hawaiian Islands and the California Peninsula, which is equivalent to two Texas states. These plastic wastes come from all over the world and eventually come together through ocean currents. These plastic wastes have caused serious damage to the marine ecology, and many marine organisms have died from poisoning due to ingestion of these plastics.

However, there is no such the above problems with using plastic wastes to make garments. After the waste plastics are collected and sent to the treatment plant, the labels are removed, cut into thin sheets, and then melted by technical means to make the yarns. Finally, the yarns will be made into sportswear. The exhaust gas generated in this process will also be collected and discharged only it reaches the emission standard. The entire production process has little impact on the environment.

Not just this company, but Nike has recycled 13 million discarded plastic bottles to make jerseys for its sponsored teams in the preparation for the 2010 World Cup in South Africa. Sports brands such as Puma and Reebok have also introduced jerseys and shoes made of discarded plastic. The jersey is also made of plastic worn by the US team in the men’s basketball final of the Rio Olympics.

It has gradually become a trend for sports brands to use recycled materials to make sportswear. Although for various reasons, these sportswear is not large scale production, and the price is high. But the waste plastic can be turned into raw materials for the clothing production. It also provides a new way for waste plastics treatment.